FREEDOM: free . dom/ noun/ the power or right to act, speak, or think as one wants without hindrance or restraint/ the state of not being imprisoned or enslaved/ independence, liberty, release, deliverance, self-determination

When the Centers for Disease Control (CDC) announced not long ago that those of us who had received two COVID vaccinations  were free to  cast off our masks, we felt elated–at least, some of us did.  We could now breathe free after more than a year of living with what had become an indispensable  piece of outerwear. Free at last!  With the Independence  Day (Fourth of July)  celebration  here once again, it’s safe  to  say we  definitely  have freedom on our minds.

Freedom is a right that humans cherish, but oftentimes when some people speak of freedom, they do so from a narrow perspective,  reflecting how they feel or what they want, defending the rights that they think belong to them. Sometimes it’s about throwing off authority and doing as they please, but this is a misguided view. The concept of freedom has engaged men’s intellect for ages; some of their recorded expressions on the subject leave us with thoughts worth pondering when we think of our own notions of freedom. So for this month’s post, I have put together for our consideration some highly quotable words about freedom, thoughts that you yourself may have had but haven’t been able to put into such transformative language.

I begin with a well-known stanza from a poem by Richard Lovelace, one of the  seventeenth century Cavalier poets,  a courtier, and a  supporter of King Charles I. Because of his political involvements, Lovelace lost his freedom. He was imprisoned, and  his poem “To Althea, from Prison” resulted. The famous last stanza of the poem  is considered a remarkable declaration of what it means to be free. Textbooks have memorialized it, and schoolchildren have had to memorize it.

Stone walls  do not a prison make,
Nor iron bars a cage;
Minds innocent and quite take
That for a hermitage.
If I have freedom in my Love
And in my soul am free,
Angels alone that soar above
Enjoy such liberty.

For  Lovelace, freedom wasn’t dependent on external forces; it was not something  someone or a system could give to him or take from him.  His message is that we can inhabit freedom, regardless of our personal circumstance.

What follows is a handful of  well-chosen quotations from poets, statesmen,  clergymen and philosophers to deepen our meditation on the meaning of this awe-inspiring word, freedom, as we celebrate our nation’s independence.

~~~ “He who has overcome his fears  will truly be free.”  Aristotle

~~~”Those who deny freedom to others deserve it not for themselves.” Abraham Lincoln

~~~”Freedom is not worth having if it does not  include the freedom to make mistakes.” Mahatma Gandhi

~~~ “May we think of freedom not as the right to do as we please, but as the opportunity to do what is right.” Dr. Peter
Marshall

~~~ “For to be free is not merely to cast off one’s chains, but to live in a way that respects and enhances the freedom
of others.” Nelson Mandela

~~~ “We must be free, not because we claim freedom, but because we practice it.” William Faulkner

~~~ “Freedom is the oxygen of the soul.” Moshe Dayan

~~~ “Better to be fighting for freedom than to be a prisoner all the days of your life.” Bob Marley

~~~ “They who can give up essential liberty to obtain a little temporary safety deserve  neither liberty nor safety.” Benjamin
Franklin

The words quoted above portray freedom as a lofty ideal,  yet they  don’t come close to embodying  the grandest enunciation of freedom ever made, words that have  the depth of meaning that satisfies human craving for a true  understanding of what it means to be free. Echoing over centuries of wars among nations,  strife in religious affairs, and conflicts  in personal relationships   comes the greatest declaration of freedom, spoken by the author of  freedom Himself,  Jesus Christ:  “You shall know the truth, and the truth  shall make you free” (John 8:32).  His words get to  the heart of the matter. So, borrowing a line from  the poet John Keats, I’ll say, concerning this quotation from our Lord, “This is all ye know on earth and all  ye need to know” about freedom. 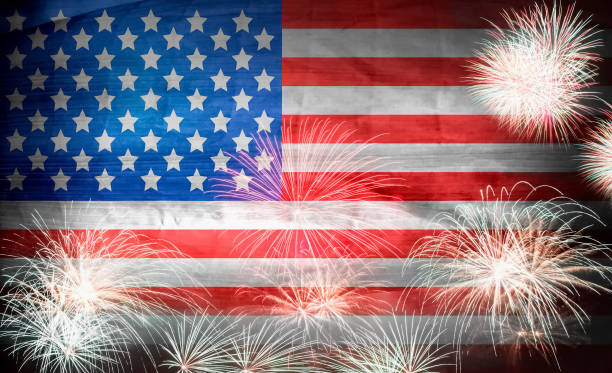 Have a happy Fourth!