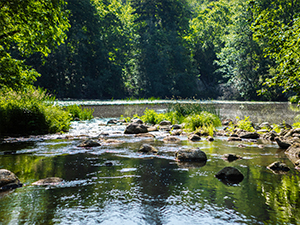 It happens to all of us. We make a judgment about someone or something and expect things to play out the way we think they will. The dictionary definition given above  says that we  assume something  to be true and expect it to happen without proof. And there’s the rub. We don’t have proof; we merely assume,  based  on our feelings,  our faulty observations, even our prejudices. An excellent short story, “After You, My Dear Alphonse,”  by the famous American writer Shirley Jackson, which  I reread recently,  made me think more seriously  about  assumptions.

In the story, Mrs. Wilson calls  her son, Johnny, in for lunch.  Johnny tells her he brought Boyd home for lunch. Boyd is carrying an armload of split kindling.  When Mrs. Wilso turns to  look at Boyd, she sees that he is Black.  She tells Boyd, “You shouldn’t let Johnny make you carry all that wood.”  Johnny doesn’t see why Boyd shouldn’t carry the wood. “It’s his wood. We got it at his place.” The boys had earlier used the wood in a game.

Mrs. Wilson asks Boyd if he’s hungry, and he says yes. “Well, don’t let Johnny stop you from eating,” she says, telling Boyd that Johnny is a fussy eater. “You just see that you get a good lunch.” She gives Boyd stewed tomatoes and says that Boyd “wants to grow big and strong,”  adding that she’s sure Boyd’s father eats stewed tomatoes so he can be strong. Boyd tells her his father eats anything he wants. Mrs. Wilson asks concerning Boyd’s father, “Does he work?” Johnny is quick to tell his mother that Boyd’s father works in a factory. She then  makes her point: Boyd’s father has  to eat well because he needs to be strong  to do all that “lifting and carrying” at a factory. Johnny pipes up quickly, saying  that Boyd’s fatehr doesn’t have to do all that lifting and carrying because he’s a foreman.

Mrs. Wilson, defeated in that round,  asks, “What does your mother do, Boyd?”  Boyd says his mother doesn’t work. “She takes care of us kinds.” Mrs. Wilson registers surprise that his mother doesn’t work. Johnny reminds her, “You don’t work,” but he points out that Boyd’s sister will be going to work. “She’s going to be a teacher.”  Mrs. Wilson presses on. “What about all  your other brothers and sisters. I guess you want to make just as much of yourself as you can.” The youngster tells her it’s only he and his sister, Jean, and he doesn’t know yet what he wants to be.

Then comes the big moment. Mrs. Wilson takes a deep breath and offers  Boyd  some of Johnny’s clothes that are  a little too small for  him and a winter coat that still has a lot of wear left in it. And she has some dresses that Boyd’s mother  can make over into things for all the family. She’ll make a bundle for Boyd and Johhn to take to Boyd’s mother “right away.” With a puzzled look, Boyd tells her he has plenty of clothes; moreover, he doesn’t think his mother knows how to sew. Well, this leaves Mrs. Wilson a little peeved.  She says  she knows a lot of boys like Boyd who would be “thankful someone would be kind enough to give them things.”  Boyd apologizes, saying he didn’t mean to make her mad.

When Johnny and Boyd are outside after eating their lunch, Boyd asks Johnny, “Is your mother still mad?” Johnny says, “I don’t know. She’s screwy sometimes.” Boyd tells him,  “So’s mine.”

I would agree that people are screwy on the matter of making assumptions about a lot of things. I’m reminded of the time my Buick Regal let me down and I headed for a Cadillac dealer and inquired about getting a small Cadillac, a move I had been considering.  From the salesman’s attitude, I gathered he didn’t think I  was the Cadillac type. I left him and went to a Volvo dealer. and went home with an adorable Volvo 850. Days later, when the Cadillac dealer got around to calling me to followup on my interest, I took great pleasure in telling him I had a new Volvo in  my garage.  Interestingly, there are two of us here who made assumptions.  By the way, how many assumptions did Mrs. Wilson make?

Assumptions—people make them all the time, some good, some bad.  One  failsafe way to avoid making invalid assumptions  is by always  sticking to  the instruction in Philippians 4:8, where we’re admonished to think on the  things  that are true,  honest,  of good report, and  lovely. 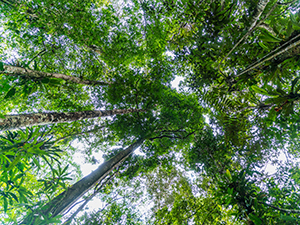 “Your assmuptions are your windows on the world.
Scrub them off every once  in a while, or   the   light
won’t come in.”      Isaac Asimov