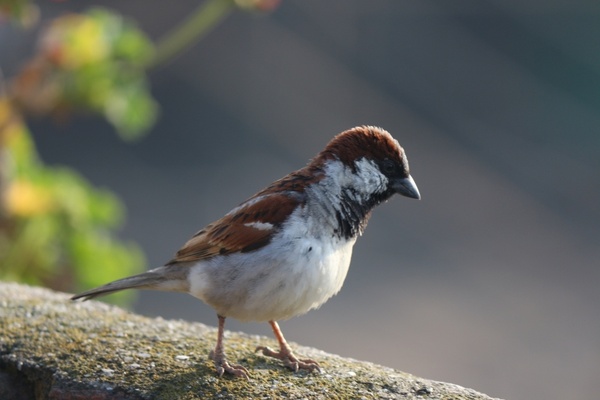 It’s springtime, and despite the COVID-19 virus hanging on in our midst, the welcome signs of the season  are all around us in the gorgeous azalea blooms, dogwoods, and fresh breezes. Another welcome part of springtime is the birds in their bright plumes.  Bird watching is enjoyable. I had a taste of it when I worked hard to fulfill a requirement  for one of my biology courses in college. Birds singing is even more enjoyable. I hear them in the woods behind my house. The notes are clear, repeated with the same rhythm as if they were reading from sheet music. It’s fun listening to hear if they miss a beat or flub a note, but they never do.  With the absence of visitors to Bryce Canyon National Park during this time of the COVID-19 pandemic,  the songs of the birds can be more clearly heard there, and one of the park’s superintendents who  has recorded the bird songs played some of them on the radio recently. They were sweetly musical.

I have read of the sabia bird in Brazil. It sings mainly at nights. And the well-known mockingbird sings in the night as well as  in the daytime, displaying its operatic skills as it mimics the songs of other birds. It can even mimic instrumental music, bird experts say. In Ovid’s Metamorphoses, which tells about mythological transformations, there is a bird  story about Philomela, a young girl  who suffered a tragic assault. The perpetrator  cut out her tongue  so that she wouldn’t be able to speak and so tell about the incident. She was kept locked away in a cabin. Philomela’s  story is one about great suffering. Her transformation came when she was released from the cabin and was turned into a nightingale . In literature, poets have given the nightingale’s song a dual meaning–it is a song beautiful to the ear but one produced from a heart of pain.

Pain was twice inflicted in different parts of our state recently–first in Nashville, where a tornado wreaked havoc. Along with the rest of the nation, we here in our part of Tennessee saw the pictures on television and  tried to feel the pain of those who had suffered.  Then late Sunday night, April 12, it was our turn here in Chattanooga.  A tornado swept through a large swath of our city and left devastation in its wake.

Almost immediately we began our bird songs, melodies of praise and thanks for our lives that had been spared. “Thanks be to God for His protective care” was the song on many lips. “It could have been worse,” was one warbled tune heard often as we surveyed the rubble and commiserated with one another. “Things can be replaced, but lives cannot be,” many survivors of the horrendous ordeal sang. The songs came from somber-faced neighbors out on their lawns, looking dolefully at their rooftop shingles among the newly sprouting grass.  Downed trees sprawled across driveways, upended mailboxes lying  on the ground, and pieces of aluminum siding left scattered about added to the painful sight. In all directions, there were members of the community who experienced  pangs of excruciating pain at the sight of their roofs ripped off, leaving  their  houses uninhabitable and their families sheltering in hotels; debris blocked the roads so that only those who lived there could enter; days were spent without electricity for cooking and nights were passed in darkness or by candlelight; neighborhood  school buildings and churches were left roofless, their interiors  exposed to the elements; a neighborhood post office was left in ruin. The tornado in its fury tore up lives as well as buildings. “Yet I will rejoice” (Habakkuk 3:18). The sabia bird sings in the dark.

It will take a long time to remove the debris, the visible sign of the violence that nature inflicted on our community. In the meantime, we’ll continue to clean up and sing. Like the nightingale’s song, ours is painful, but like the mockingbird, we can improvise and sing joyfully because we have a Mountain to which we can “flee as a bird ” (Psalm 11:1)  above the destruction and despair.  An old Chinese proverb says, “If you keep a green bough in your heart, the singing birds will come.” A green bough of hope and faith is a welcome place for the bird of joy and gratitude to perch.

“~Faith is the bird that feels the light when the dawn is still dark.”