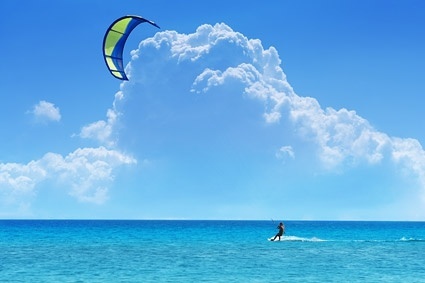 Hello and welcome back! Writing this blog post feels like starting over, a new beginning,  introducing myself  once more after a month’s hiatus.  Well, here I am, renewed and ready to continue the conversation.The posts will appear the first of each month. From the title above, you’ll see that, like the vocabulary posts, essentially they will be my viewpoints on diverse topics, a potpourri of  random thoughts, some of which  I hope will resonate with you.

Concerning my request for a review after you read Dark Days on the Fairest Isle, I have heard enthusiastic responses from several of you who were willing to write a review but had difficulty doing so on Amazon.  I had the same experience trying to submit a review for a charming novella, Gabriel: The Training of an Angel, by Diane Rosier Miles. The author had sent me a copy of the book for the purpose of the review. Amazon wouldn’t accept my submission. Also, I purchased on Amazon a copy of Asleep in Coronation Market,  an intriguing, expansive tale by my friend Barrington Wright, but when I wrote a review, it was also rejected. There is something of a problem with the Amazon review policy. If you still wish to contribute a review of Dark Days but couldn’t post it on Amazon, you may put it in the “Comments” section of this post. Your contribution will be useful to the promotional team at my publisher’s.

And now for a sample of my posts  in the months ahead.

Sunday night, September 22, was a big night  for television. The Emmy Awards took place. I was aware of the hype leading up to the event, but I didn’t watch; however, there are always the morning-after reviews that give all the details, some of which I heard or read. The awards recognized those in the television entertainment industry who keep sponsors and fans happy. Some of us have no idea what the popular shows are because we never watch them, thinking the whole thing is just part of what former Federal Communications Commission’s Newton Minnow in the 1960’s called “a vast wasteland.” But as I compared TV entertainment today with what people did for entertainment in an earlier time, I saw the similarity of people’s desire  for a good show. For example, if you have read Arthur Miller’s  play The Crucible, based on an historical event,  you’ll recall that for entertainment the good people of Salem, Massachusetts turned out in large numbers to watch a witch trial. For days that was the only show in town.

Salem seems to have had a knack for crowd-pleasing entertainment. Nathaniel Hawthorne in The Scarlet Letter shows us how eager the audience was for riveting entertainment. In the village square,  people watched a young girl stand in the stocks all day, holding a baby in her arms. On her bosom was a bright red letter “A.” The onlookers pointed to her scarlet “A”  and hurled insults and taunts at her. That was a fun day for everyone.

In her short story “The Lottery,”  Shirley Jackson pictures a small New England town in which an expectant, tense crowd comes out to see which one among them would be selected to be stoned to death. Even the children were actors in the drama as they methodically piled stones for the fateful moment when the abhorrent  deed would occur. An inimical black box held everyone’s names, so  each member of the crowd had a stake in the outcome. The level of intensity out-matched  anything  the village pastor could have worked up in his Sunday sermons.  As the people performed the ritual of drawing lots from the box  to see whose name would be chosen for that one person to be stoned, the atmosphere was even more tense than when the Emmy audience  waited for the announcement of the winner of  Best Performance in a Dramatic Series.

The barbaric, the outrageous, the inane, and the ridiculous have moved from the village square to the television screen. People’s appetite for entertainment still causes them to watch and be satiated. Very likely, not everyone in  Salem went out for the kind of entertainment that was drawing their fellow villagers to the town  square, and today not everyone is drawn to the entertainment fare on television. Finding worthwhile alternatives to the passing show puts us in charge of our own entertainment.  We  can exercise choice.

“Nothing is so intolerable to man as being fully at rest, without a passion, without business,without entertainment,without care.”