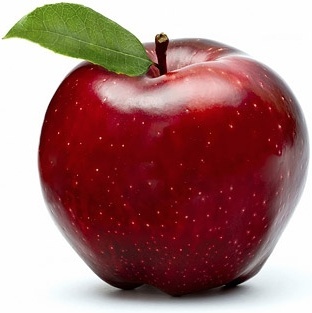 Some people, perhaps in an attempt to be modest, will insist that they have no influence, but everybody, to  a  greater or lesser degree, has influence. One  simple definition of the word influence from the Cambridge Dictionary is “the power to have an effect on people or things.”  Teachers should be the first to admit that they have influence–a lot of it.

I forgot to celebrate  Teacher Appreciation Day last month. The event falls on May 7 each year.  When I was a high school principal, I was impressed by the way students and  their  parents showed their appreciation for their favorite teacher, showering him or her with gifts.  Judging by  the number of gifts some children and their parents gave, some teachers were greatly appreciated. I can’t recall that any teacher received nothing, because our school had a cadre of hard-working, caring teachers who committed themselves to making a positive impact on their students.

A few days ago I bought a used copy of Chicken Soup for the Preteen Soul at a thrift store—a great place to buy books—and started reading it right away.  Chicken Soup stories are irresistible.  One woman’s story about her year as a youngster in Mrs. Kelly’s fifth grade classroom  made me sad and angry at the same time. No matter what the child wrote, Mrs. Kelly slapped a big, red  “Unsatisfactory” over it. The woman was unrelenting in abusing the child’s emotions.  The author wrote that she hated the fifth grade and hated Mrs. Kelly even more. It was great payback, I  think, to see that the youngster grew up to have her work published in several magazines.

As the definition shows, influence is impact, power—something that teachers have. Unfortunately, some, like Mrs. Kelly, abuse it.  Others, however, have gone out of their way to make a difference in a young person’s life. In 2009, I produced a gift book that I called Teachers Touch Tomorrow.  I conducted interviews and solicited stories from successful professionals about the teacher who had made  the greatest impact on them. The book features an array of selfless actions that teachers performed that influenced these individuals. Teachers took them into their homes when they had nowhere to go,  paid their school fees,  helped them to grasp the intricacies of mathematics and become proficient in it, and defended them against bullying. The large number of examples is varied and heartwarming. Not one Mrs. Kelly among them.

When a teacher sees that her work has had positive results, it’s a satisfying part of a difficult profession. While teaching  at a university in Washington, D.C., I chaired a committee  that planned a conference to promote writing in all disciplines at the university. We made a list of individuals in a variety of fields to invite. Trying to get a “name” personality that would be a big draw, I called a TV network affiliate station to get one of their popular news anchors to participate.  The young lady who answered the telephone recognized my name and sounded happy to know I was on the line.  To let me know that we had a connection, she said sprightly, “Transcendentalism.” That opened a door onto my humanities classroom when I had a select group of tenth graders in an interdisciplinary program.  As part of the English/Literature class, we studied the New England transcendentalists–Emerson and Thoreau among them. Pretty heavy material for tenth graders, but they were up to the challenge and we had a great time. That young woman had carried away something  from our time together. Later I was proud to see her byline on an article on the front page of the Washington Post, and I’ve also read her insightful memoir.

We teachers are  fortunate to have these treasured times of intersection with our students’ lives. They are memorable for the students and sources of pride for us teachers.

Any day or month is a good time to pay tribute to teachers. I missed my chance in May.  If you remember a good one that has had an impact on you, make a connection and show your gratitude. Or simply remind yourself of how fortunate you were to have been influenced by such a teacher.